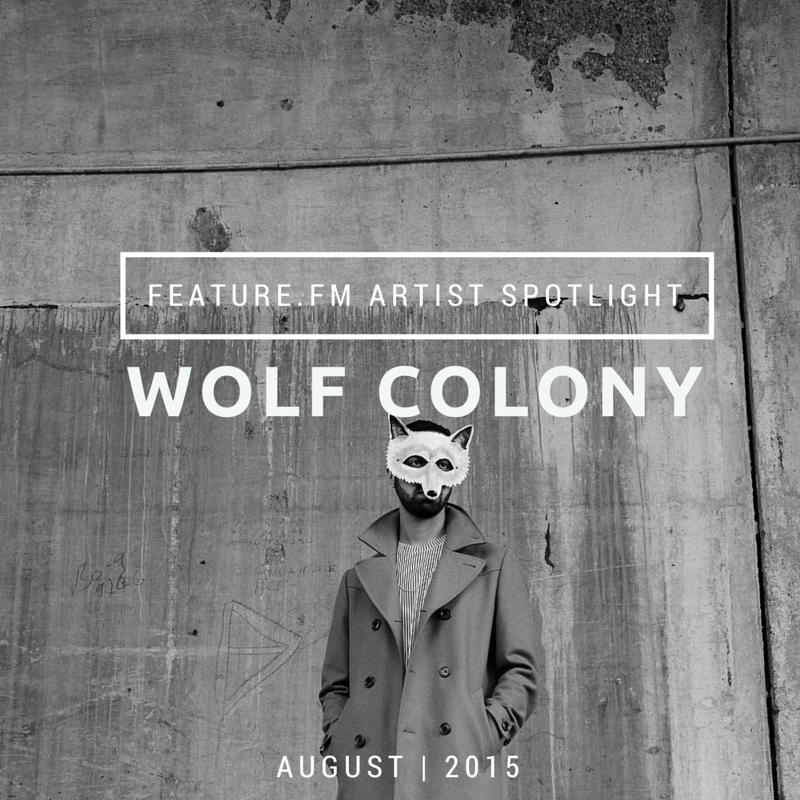 In our Artist Spotlight Series we talk to feature.fm artists about the highs and lows of dedicating their lives to the thing they love most: making music.

Wolf Colony is the solo project of anonymous NYC-based electronic pop singer-songwriter "Wolf". His music can best be described as a mesmerizing blend of melancholic and sensual vocals with minimalist synth-pop beats.

Wolf Colony has performed in some of NYC's best known music venues including Webster Hall, Mercury Lounge, Bowery Electric, and Baby's Alright. Wolf Colony always performs in a wolf mask. His approach is to captivate listeners with his music as opposed to his appearance; and believe you me, it's working.

On March 3rd 2015, Wolf Colony released his new album "Unmasked". Stream it below:


WC: I try not to think about it, I approach music organically. But I do love Lana Del Rey, Marina and The Diamonds, Years & Years, Nina Simone, Amy Winehouse, Lady Gaga.

F: What has been your biggest success/challenge in your musical career?


WC: The biggest challenge has been to translate my recorded music into a live act. My biggest success is being able to somewhat achieve that at my recent LPR show, and to get to play in Barcelona at the Hard Rock Rising festival!


WC: My most memorable is my album release show at Baby's All Right, it was a packed room full of my favorite people and I felt the love and support.


WC: Trust your instincts and keep it moving.

That's it for today guys! A big thank you to Wolf Colony for taking the time to talk to feature.fm. Keep up with Wolf Colony: