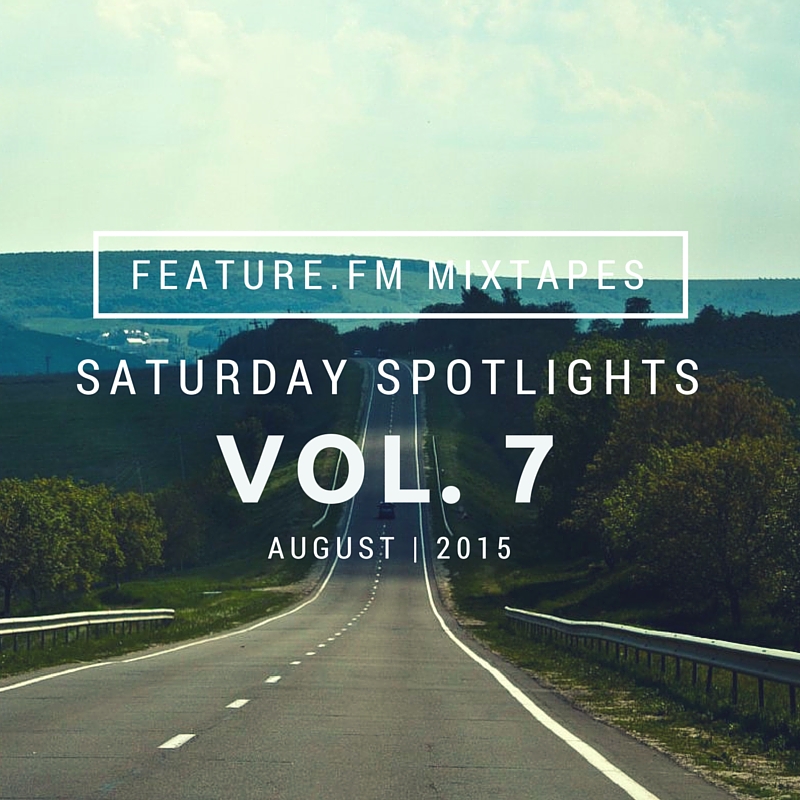 In our Saturday Spotlights, we highlight four of our favorite artists of the week, including three feature.fm artists and one very special guest...

This past week I found myself running around like a headless chicken. The reason for this is that I'm preparing to move half way around the world for graduate school. The amount of red tape and bureaucracy I've had to deal with has been close so insane I wouldn't wish it on my worst enemy...! During the rare moments I was finally able to take a breather, the right tunes helped me unwind and keep on going.

**A Love Like Pi** is an electronic pop-rock trio composed of lead singer Lief, Krier and Chez. The band is based in NYC and signed to Krian Music. As indicated by their name, A Love Like Pi mixes both abstract and haunting melodies to create the **electronic anthems** they've become synonymous with. I swear their music will transport you to new galaxies. A Love Like Pi's debut EP "Jack and the Giant" was released back in November 2014. Grab it [here](https://itunes.apple.com/us/album/jack-and-the-giant-e.p./id934422955). Their new album **"III"** will be released on September, 18th 2015. Stay tuned for greatness!

All Praise by Chris Matic

**Chris Matic** is a Jamaican born, US-based rapper. His song "All Praise" was the motivational track of the week. I wouldn't be surprised if it reminds you of **Kanye West** and **Jay-Z**. Regardless, Chris Matic's personal motto is "I'd rather be influential than famous." Words to live by I say.

**Inigo Lowe** is a 19-year old singer-songwriter from Leicester, United Kingdom, now residing in Madrid, Spain. Inigo recently submitted his song "Broken Bridges" via out weekly online contest and we instantly fell in love with it. With such a mature sound and well-written lyrics it's hard to believe how young he is. If this is only the beginning, we can't wait to see what's in store for him. Stay tuned…

Want to be featured in next week's feature.fm Saturday Spotlight? Follow us on Twitter and tag us in a tweet along with a link to your song. We keep tabs of all the submissions we like. If your music isn't featured the same week you shared your song, odds are it will in the following weeks!


That's it for today folks, have a great weekend! <3