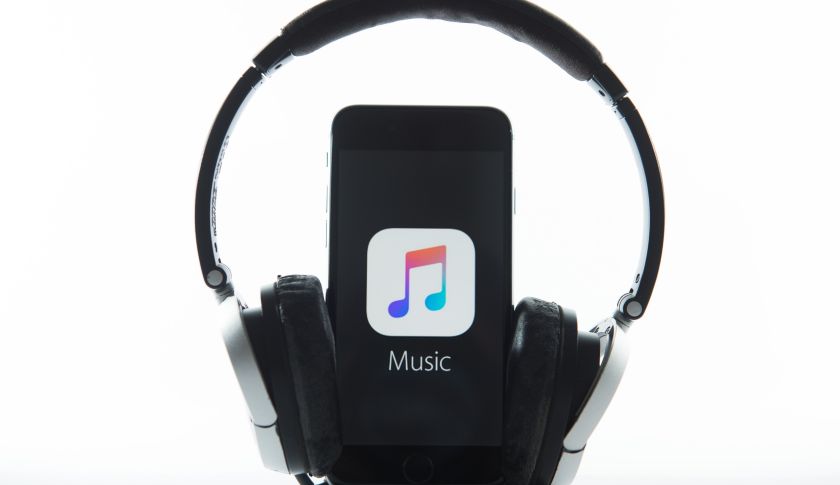 Almost 15 years ago, Apple revolutionized music history with the introduction of iTunes the iPod, taking the industry and music fans alike by storm. The question now is, will the progressive company do it again despite its heavy competition with similar streaming services like Spotify, Tidal and Rhapsody? That's for us to find out three months from now.

Whether Apple will reposition itself as the streaming service "king" and reign supreme is for time to tell, but we can comment on how the service has positioned itself currently.

Let's just start off by saying the much anticipated Apple Music was not as easy to acquire as the forward-thinking company may have liked it to be. But hey, if you've ever attempted to download one of Apple's software updates, you're probably used to the daunting process. Five deleted apps and an empty photo stream later, I managed to update my phone and finally test out the new and improved 'music' app.

However, Apple did make up for the lost time because unlike other services, Apple already has all of your information, and of course, your credit card information. To sign up, you simply just enter your Apple ID and password.

Side note on the credit card info, if you're like me and just want to try out the FREE trial before commitmenting, be sure to manage your account settings and turn off the automatic renewal option under your subscription.

Anyway, after all the registering logistics are figured out, you can finally get to the good stuff— the music. Apple gives you the chance to tell them "What you're into." You're asked to tap the genres you like, double tap the genres you really love and hold down the ones you want to get rid of. From there, more red bubbles appear with artists that Apple "magically" curates for you to chose from. Unlike other streaming services, Apple does have the unfair advantage of knowing your music preference from the music already in your phone. Hence the bombardment of Billy Joel and Vampire Weekend in my 'For You' tab. 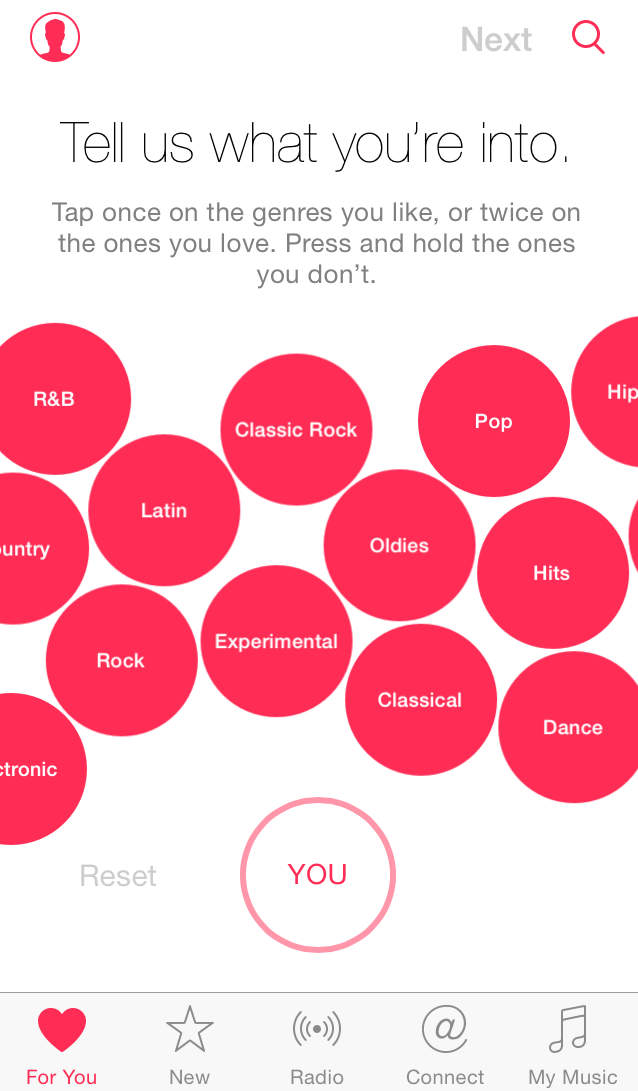 Once you select your music preferences, playlists and artists are curated for your enjoyment. And, for the most part, I'd say Apple did pretty well selecting playlists for me. I also have to give them credit for the witty copy on each playlist.

One thing I have to say is that Apple Music is capitalizing on the fact that all your music is in one place. For the many people like me who don't pay for a Premium service, this may be the determining factor in choosing between Spotify or other existing services versus Apple Music. Personally, I barely have storage space for one more picture, let alone another stand-alone application. With Apple music, you're forced to have the app on your phone, so why not utilize it?

I asked the other Feature.fm employees their thoughts on Apple Music and here's what they had to say:

"The biggest difference between Spotify and Apple Music is that it seems like Apple Music focuses on discovering and surfacing content and Spotify you need to know what you want to listen to. Apple Music seems to be fan-focused whereas Spotify is more geared toward sophisticated music-lovers who know what to listen to," Lior Aharoni, Founder and CEO

"I think Apple Music has the potential to be the leader in streaming services. Apple isn't relying on Apple Music solely as its source of income, so they have the luxury of investing to make sure the service can be something special without worrying about taking a loss in profits. Spotify for example, is solely a streaming service, so they don't have the same luxury," - Dan Sander, Head of Business Development & Marketing

"I like the idea that Apple Music keeps all of your music in one place. I'm already using the music app to listen to music on my phone, so as someone who doesn't pay for a service yet, I'm more likely to use Apple than Spotify. However, the one feature I'm still unsure about is the Connect feature. I think I prefer to keep my music listening and social media separate," -Marie-Lilas Ozavino, Content and Community Manager

So, for $10 a month you cut back on two of your morning Starbucks coffees or one Chipotle burrito (plus guac of course) OR you could buy Apple Music. Is it worth it? Luckily, you have three months to decide.