Back when I used to play in a band (and any of my other indie artists out there who play live can confirm this), the day of my show, my phone would be vibrating so much that I could have used it as a back massager. All the people I knew who were coming to my show were texting me to see what time we were going on, what the address of the venue was, and any other questions that I already provided to them. It would actually secretly annoy me because all that information was easily accessible on our website, Facebook, and every other social media page. I always questioned why they didn’t pay attention to things like this on Facebook.

Then inversely, when I became just another music fan, I realized the counter argument. I get a barrage of event invites to the point where it makes me want to punch someone. Facebook and social media in general have become completely impersonal and detached, so no wonder no one pays attention. You end up following so many people that you get lost in it. When my friends have a concert, I’ve become what I hated because now I'm the one that texts them for all the info.

Enter SuperPhone. What if you could actually have a texting relationship between artists and fans? Instead of having to reply one by one, you could just text every fan in your phonebook in that city. Thanks to Ryan Leslie and his company, Disruptive Multimedia’s SuperPhone, now you can text your fans directly without even giving out your actual phone number. 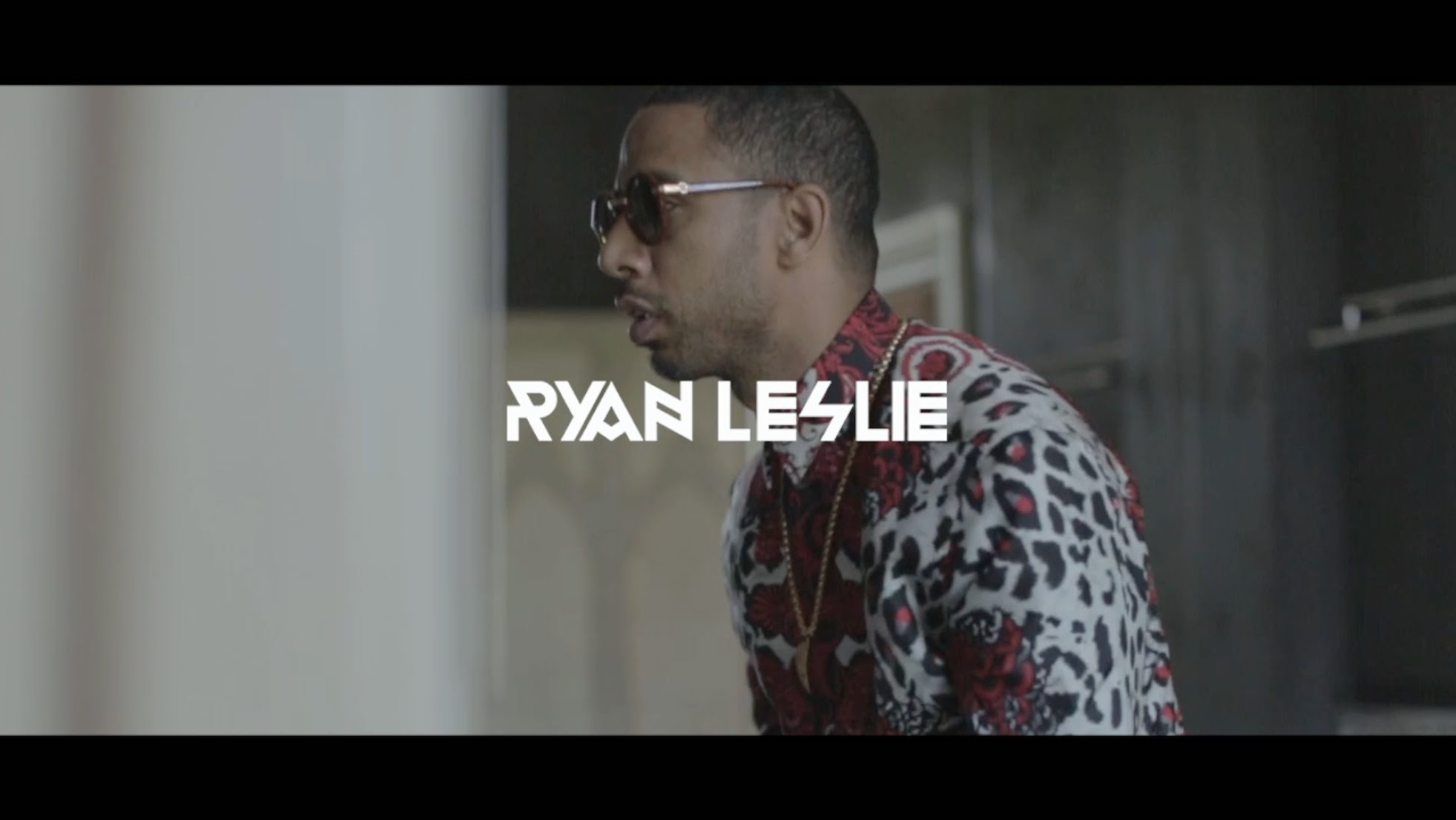 If you don’t know who Ryan Leslie is, after graduating from Harvard at 19 years old, he became a Grammy-nominated hip-hop/R&B artist and producer. His first album, Ryan Leslie, sold 180K copies, but his second record only sold 60K copies. According to Ryan, he went to his label and asked why this record only sold a third of the copies, to which they responded that it was the music. But then, that very album got nominated for a Grammy, so I think we can all agree that it wasn’t the music.

He then asked a question that launched a thousand ships. Why wasn’t the first line of offense to email the 180K people who bought the first album? The label responded that they didn’t know the people or have the information of the people who bought the first record and that the only way to reach those people would be to go on a major campaign via radio, television, social to reach those people and reactivate them. At that point, he realized that their strategy was completely inefficient, and between that and Ryan Leslie’s obsession with thanking the fans that bought his records, the idea of SuperPhone was born.

SuperPhone is an app that allows the artists to contact their fans, or more importantly, allows the fans to contact the artists… directly… via text message. The app then saves the contact information into a phonebook organized by the location of the fans and also by how much money they’ve spent on your products. Through Superphone, you can alert your fans the minute new products or opportunities arise. It allows you to truly engage with your fans and subsequently, turn that engagement into sales.

How to use feature.fm with SuperPhone to get more fans

In the screen shot below, artist, Lily Virginia, has a Call to Action that says, "TEXT ME," to drive new fans that hear her music to her SuperPhone. 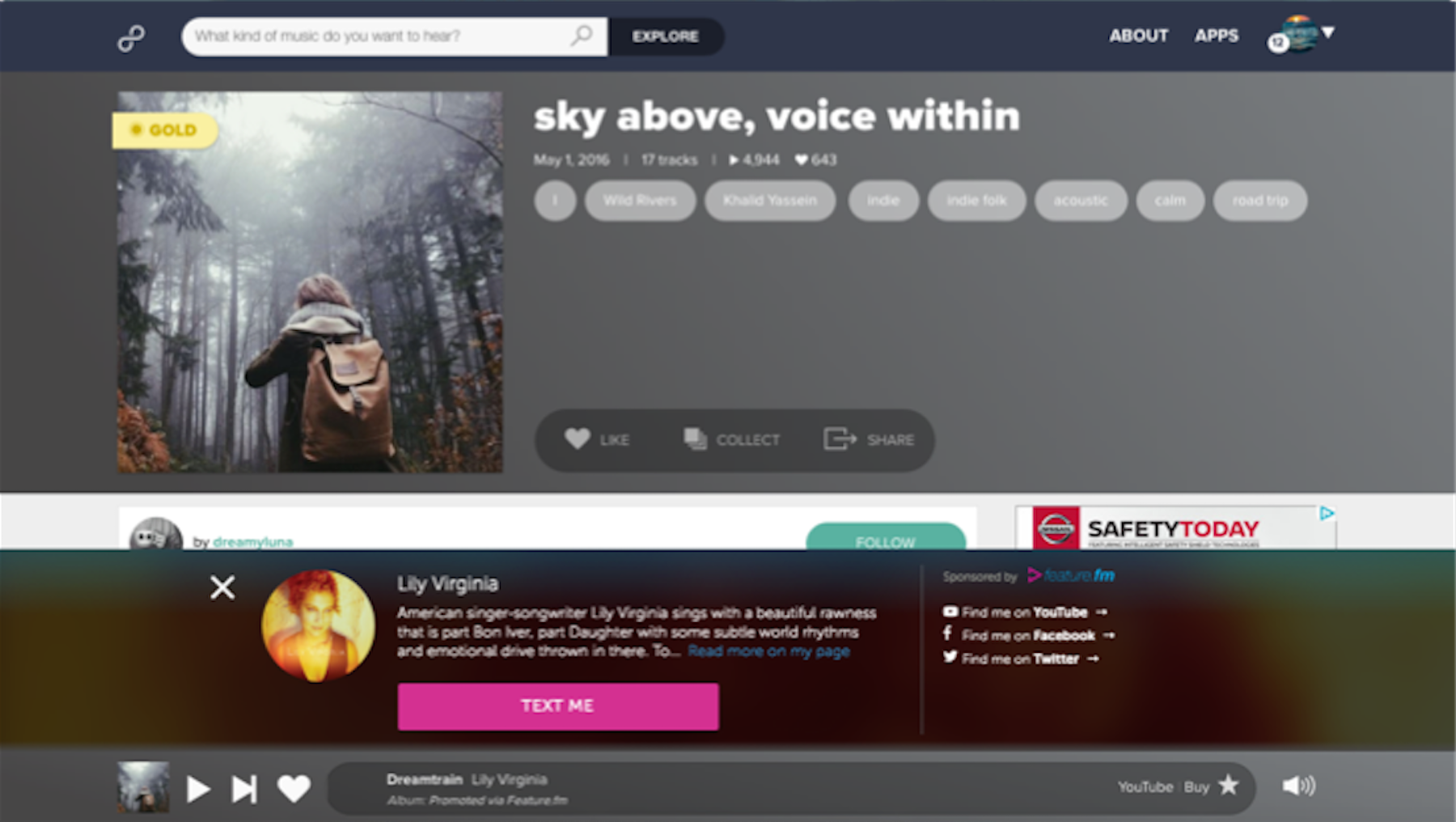 When you create an 8tracks campaign with Feature.fm, you can create your own custom Call to Action that appears every time your song plays to fans. Typically, you have the option to use standard buttons like follow you on Facebook, Twitter, YouTube, Buy Now, etc.

But you can also include anything you want! Just set up a campaign and include a Custom Call to Action to drive new fans to your SuperPhone or any other destination that you want them to go. Remember, it is a custom call to action and you can get as creative with it as you want!

Get Started Now at feature.fm
**We'll be talking about and highlighting more, awesome music companies that you can use feature.fm to drive traffic to!**

[Forbes: Ryan Leslie's Plan To Disrupt The Music Business: Enable Artists - Not Apple - To Own Their Audience](http://www.forbes.com/sites/georgehoward/2015/07/21/ryan-leslies-plan-to-disrupt-the-music-business-enable-artists-not-apple-to-own-their-audience/#169cf4055a79 "target=_"blank)

[Complex: Ryan Leslie Is Trying to Change the Music Industry Whether You Like It or Not](http://www.complex.com/music/2015/11/ryan-leslie-new-interview-talks-superphone-program "target=_"blank)

[Pando: With the help of Ben Horowitz, rapper Ryan Leslie wants to reinvent the record label for the new music economy](https://pando.com/2014/11/20/with-the-help-of-ben-horowitz-rapper-ryan-leslie-wants-to-reinvent-the-record-label-for-the-new-music-economy/ "target=_"blank)