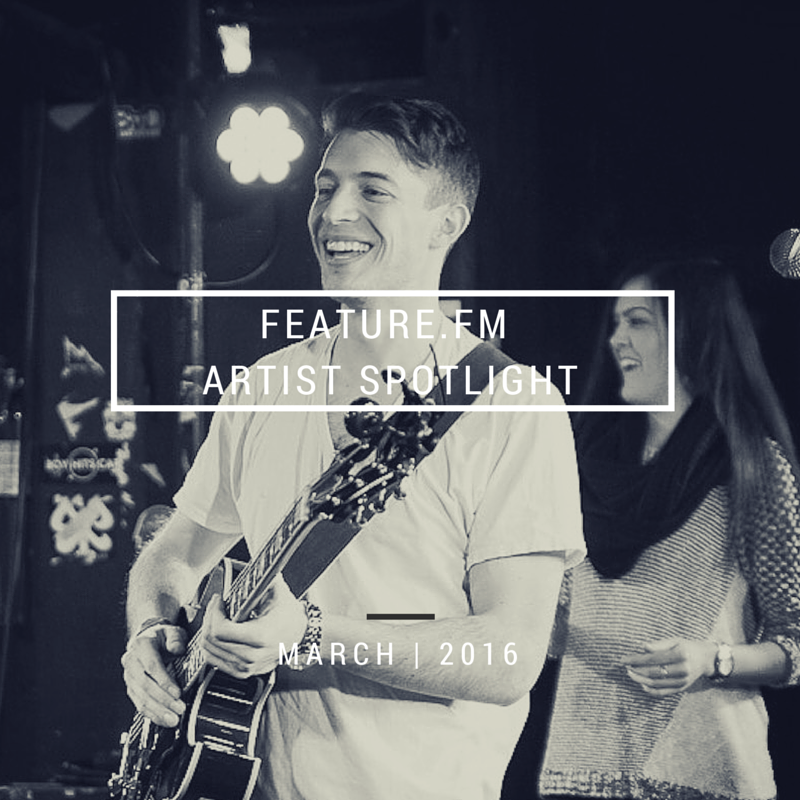 In our Artist Spotlight series we have a chance to talk with feature.fm artists about their inspirations and favorite part of being an artist. This month we spoke with alt-country artist David Rothschild & The Downtown Local.

Check out our favorites by David Rothschild & The Downtown Local: 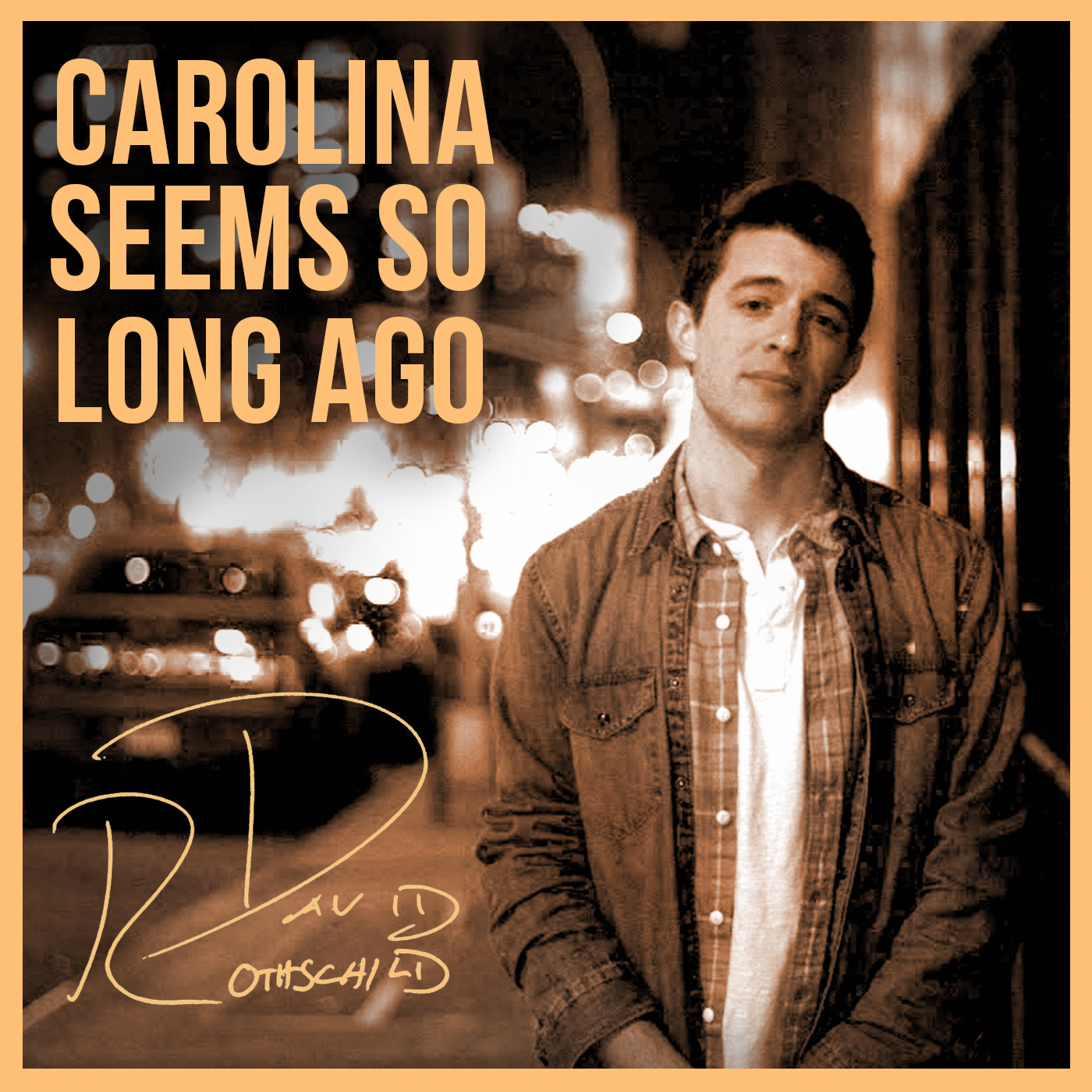 David Rothschild & The Downtown Local are super special because you can help get their music to more people through feature.fm Spotlight. If you're a fan, support their music by contributing to Spotlight! The more you contribute, the more their music plays to others!Spotlight Us

DR: I've been writing music and playing guitar since high school, but never really put much out there until I was a few years out of college. So back in 2014 I started playing around New York at open mics, started booking some smaller gigs at cafes around The Village and The Lower East Side, and very much got my "start" in within this really amazing community of singer-songwriters and folk musicians in New York. As I was starting play these smaller gigs and put some music out there, the band started to coalesce from a bunch of friends I used to jam with on weekends. We were a loose collection of friends and mutual friends who would get together at an apartment on Sundays and just mess around and play cover songs, but as I started to write more music and get a positive response, we slowly but surely transitioned from "jamming" to really "rehearsing" and playing as a band. That part -- going from hanging out to a more structured setting, and sort of asking for people to follow "my direction" -- was definitely the biggest challenge and worry for me, because these were my friends, and I was nervous about asking too much or steering us in a direction people didn't want to go -- but seeing the buy-in and the payoff and now seeing how much we've grown as a band and as friends has definitely been the most rewarding part of this experience as well.

F: 2. Who are your biggest musical influences?

DR: It's kind of hard to pin down, because I listen to a whole lot of music from all over the place, and I'm not really sure what comes out in our music -- it all influences how I think about music and what sort of vocabulary you have -- but for instance, I love Stevie Wonder and grew up listening to his music perhaps more than anyone else's, and I don't think anyone's gonna be making any David Rothschild-Stevie Wonder comparisons any time ever. But there are the obvious ones: I grew up on a lot of Springsteen and Paul Simon and The Band, and really love all those great storytellers from the American Roots canon and Great American Songbook. These days, though, I listen to a ton of The Lone Bellow, Ryan Adams, Norah Jones -- think all of those artists have had a pretty big influence on what and how we play.

F: 3. What has been your biggest success/challenge in your musical career?

DR: I think the biggest success has just been coming together as a band. As I said, it's been incredibly rewarding to have these friends of mine buy into the direction, believe in the music, and invest in the band as much as I have. For me, that's incredible and I consider myself really lucky to have this group with me -- and lucky not just because my friends also happen to be really talented. I think the biggest challenge, as is likely the biggest challenge for all emerging artists these days, is in building and engaging a fan base in today's music landscape where streaming services predominate and everyone is so saturated with all the music in the world at the touch of a finger. Don't get me wrong, I love streaming as a listener, and I love that something like SoundCloud and even paid services like Spotify and Apple Music allow up and coming bands to spread their music in ways that weren't possible even 5-10 years ago, but it certainly makes it harder to get a foothold. Back when people bought CDs, not only was there a lot more revenue for artists, but there was something tangible, there was an interaction that was "sticky" -- this fan now owned this album forever -- where as now, someone can stream your songs on Spotify, really like what they hear, but then move on, and that's that. I think it's something that everyone faces, but hopefully as we continue to play more music and get out in front of more and more fans, we can continue to build a fan base and keep people engaged.

F: 4. What artists/music are you currently listening to?

DR: Like I said, my tastes are definitely all over the place, so I just saw Kamasi Washington the other day and have been spinning his album, "The Epic" on repeat. For those that don't know him, he's an incredible saxophone player from LA who's really doing some genre-bending work bringing a Jazz album very much into the mainstream while implementing elements of funk and hip-hop and even classical. He also was featured on "To Pimp A Butterfly" by Kendrick Lamar, so that been playing a lot lately too. Man is that an incredible record. Also really enjoying the new Lake Street Dive album, and have had "Lateness of Dancers" by Hiss Golden Messenger on my most played for a little while now.

F: 5. What is your most memorable moment from a tour or show so far?

DR: We did a big show when our first album came out at The Studio at Webster Hall, which was the biggest stage we'd played, and by far the biggest crowd we'd had to that point. It was a great show, and as we launched into our last song, "Charles St" -- which was the single from our first album -- 2/3 of the audience started singing along with me. We'd only been playing this music for a short time, and had just put out our first album, but there were 150 people who knew all the words and were singing along to a song I wrote. I won't forget that.

F: 6. What advice would you give to other artists?

DR: No matter what you do, get out there and play. Find an open mic and give it a shot: you don't have to have everything fully polished and 100% to go out and play a few songs and meet people. It's all about building relationships and a community, and one of the most amazing things I've found is that -- even though you'd expect it to be really cutthroat and dog-eat-dog -- everyone I've met coming through the New York scene, of all places, is incredibly supportive and friendly and out to have a good time and make music. I know it sounds like BS, but music is all about collaboration and sharing in an experience, and if you've got what it takes, people will respond. So just keep playing as often as you can, meet people, make connections, and get involved in the music community. That's the only way 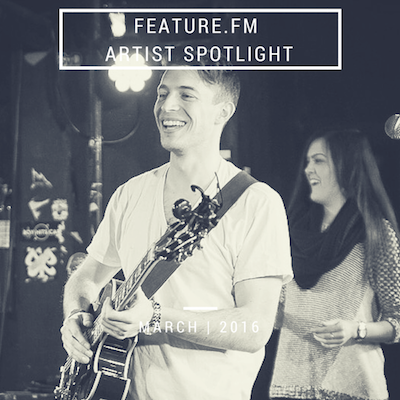 Discover great music from David Rothschild & The Downtown Local and other talented feature.fm artists by following us and our playlists on Spotify:

Want to be the next featured Artist Spotlight? Join feature.fm. Follow and share feature.fm content from [Spotify](https://play.spotify.com/user/feature.fm/playlist/0SdKCDh9uuxrAUPSlQxIfl "target=_"blank) for your chance to be selected. Don't forget to tag us!