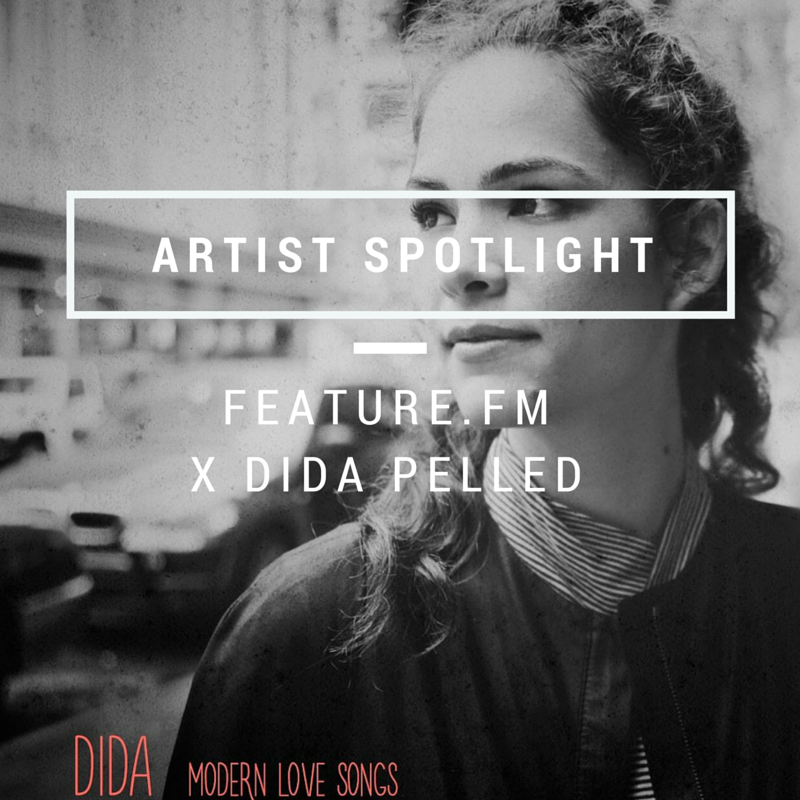 We love talking to feature.fm artists about their passion for making music and inspiration in our Artist Spotlight Series. This month we spoke to Dida Pelled:

Dida is a New York-based Israeli guitarist and vocalist with a particular talent for storytelling. Whether it be a jazz standard, a scorching blues number, an old country ballad or a heartfelt original “Dida sings in a voice sometimes playful, warm, resonant, no frills. She sings the words, giving them their meaning, their weight, with perfect diction and charm.” (Jazz Hot, France)

Her album ‘Dida Plays and Sings’ was released on the quality Italian label ‘Red Records’ in 2011 and boasts two of today’s jazz greats on the bill, Roy Hargrove and Gregory Hutchinson.

One of our favorite Dida songs is "Love Song (gone wrong)". Stream it below:

F: What has been your biggest challenge in your musical career?


D: Understanding that not everyone is going to always like me. Also, listening back to material I’ve played and recorded in the past will often feel as though it was a different person. Learning to accept this and always looking ahead and moving forward is very liberating.


D: Five years ago, a few months after I moved to New York, I played a gig uptown at a club called 'Cleopatra's Needle'. It was the late set, followed by a jam session. At around 4 a.m., after we've played the closing song for the night, an older guy approached me and simply said: "Thank you for changing my life." It reminded me how live music can sometimes do so much, even, and maybe more so when the setting is unusual, like playing in a club when there are three people in it at 3:30 a.m. These moments inspire me for long thereafter.

D: Something I remind myself every once in a while; figure out what it is that makes you "you". It's probably a little flavor that already exists. Then just let it be. Don't fight it, develop it. Don't try to do what everyone else is doing, you'd be best doing your own thing.
Also, whatever it is that you want to do in X years- start doing now! The only way to do new things is to jump into doing them now, no need to wait.

A big thank you to Dida Pelled for taking the time to talk to feature.fm. Catch Dida on tour in the following cities:

Want to be the next featured Artist Spotlight? Tweet us at [@featurefm](https://twitter.com/Featurefm " target="_blank) for your chance to be selected.

**Keep up with Dida on social media:**