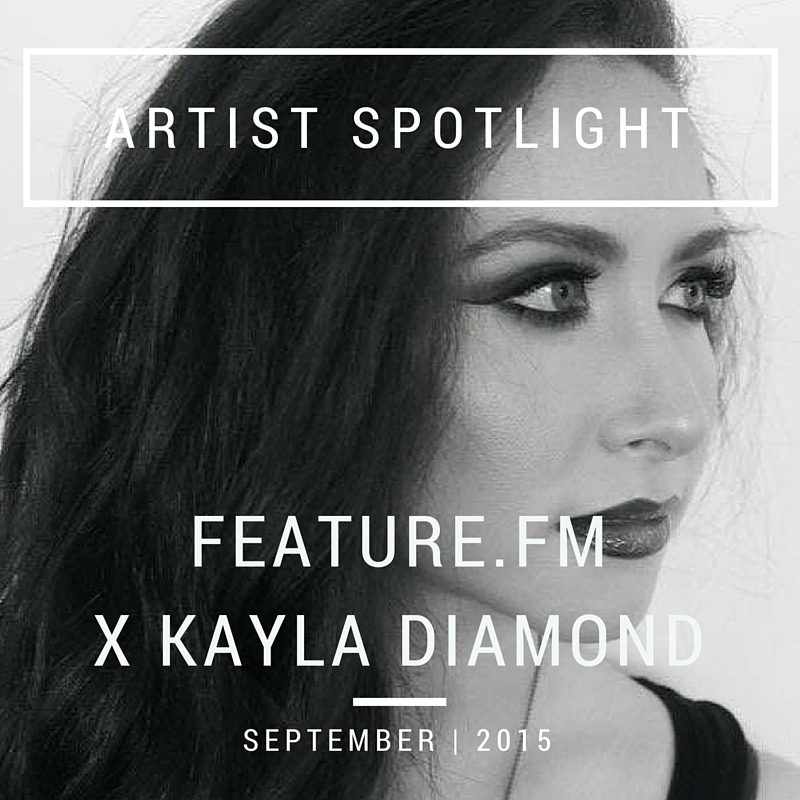 We love talking to feature.fm artists about their passion for making music and inspiration in our Artist Spotlight Series. This month we spoke to Kayla Diamond:

Kayla Diamond has one of those voices that you instantly fall in love with. The second you hear her, you can't help but say, "Holy shit." Kayla is the real deal and has incredible talent that has only scratched the surface. Between her voice and musical abilities on the piano and guitar, Kayla has all of the full package of a real star.

Kayla trained trained at the Koffler Gallery of Music through the Royal Conservatory in Toronto, Ontario for 12 years, with a forte in piano. During that time, she almost got kicked out of the school for never reading the score and only playing by ear. Kayla later taught herself to play drums and guitar. Kayla started off composing only music, but later developed her skills for lyrics as well.

After performing and recording on a casual basis, including her cover of Take me to Church by Hozier, which gained a ton of online attention, Kayla more recently decided to focus more effort on her music. She's been writing and releasing original songs on a more consistent basis.

Kayla just released her first EP, Sweat and Tears on September 8th with 5 original songs that you must hear. Here is the video to her amazing single, Crazy.

For more amazing Kayla Diamond music, check out her full album on [iTunes](https://itun.es/us/89jC9 "target="_blank) or stream it on Spotify

We were first blown away by Kayla's incredible voice when we worked with her and rapper, [LE](https://www.facebook.com/LEoriginal "target="_blank), on their song Battle Cry.

We then followed Kayla's music as she released an unbelievable cover of Take me to Church by Hozier. Since then, we've seen the rapid growth that Kayla has begun to embark on with her music.

After including Kayla's song, Crazy on our last [8tracks mix](http://8tracks.com/featurefm/so-long-sweet-summer "target="_blank), we've seen thousands of listeners being exposed to her music. Here is a real comment from a real fan on the YouTube video that exemplifies the reason that we do what we do here at feature.fm: 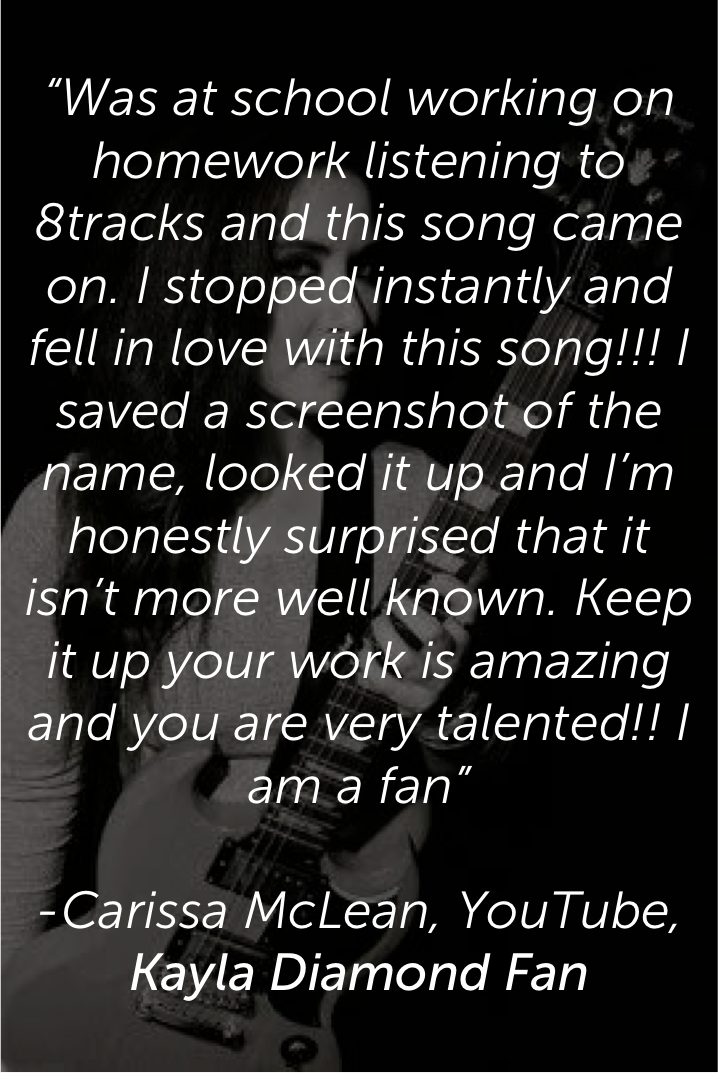 We had the chance to speak with Kayla to learn a bit about her and her music:

F: What was your influence for your new album?

K: My latest album is actually my very first attempt at original songwriting. What really drove me to write my first song was my experience with applying to law school (which I currently attend). "Grapes of Wrath" was written out of an experience of rejection from my top choice. It's funny because people think it's about a relationship. I guess it depends on how you interpret it!

K: I'd have to say my biggest musical influence is Lana Del Rey. There's just no one like her. She gives off such a cool, mellow and careless vibe with some dark undertones. She really speaks to me. Another huge influence is Ron Pope- his ability to portray such a raw sound with just his vocals and a piano is unreal.

F: What has been your biggest challenge in your musical career?

K: I had always dabbled with lyrics but never had the confidence to formulate songs of my own. A big challenge for me was the fear of exposing myself to the world through my lyrics and the amount of vulnerability I would face. Thankfully I pushed myself to be comfortable enough with who I am.

K: Of course anything by Lana, some Halsey, BANKS, and the X Ambassadors. All of these artists are on my "most played" list.

K: The most memorable moment for me was a huge triumph. I played a show a couple months ago and some audience members knew the lyrics to my songs. There is no greater feeling than someone singing your lyrics back to you.

K: Honestly, just be true to your own writing style. Don't try to ride on the coat-tails of others and be yourself! Open yourself up and people will love you for who you are.


A big thank you to Kayla Diamond for taking the time to talk to feature.fm. 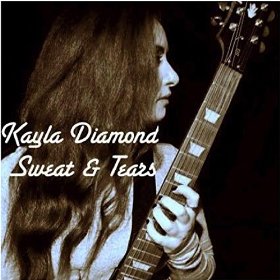 **Keep up with Kayla on social media:**

Discover great music from Kayla Diamond and other talented feature.fm artists by following us and our playlists on Spotify:

Want to be the next featured Artist Spotlight? Follow and share feature.fm content on [Spotify](https://open.spotify.com/user/feature.fm " target="_blank) for your chance to be selected. Don't forget to tag us!