When Lunatic Wolf first brought their song "The Tallest Tree" into our world, we viewed it as a gift from the heavens that music from such an amazing band would just fall into our laps. We immediately knew that they've got the goods. From Johannesburg, South Africa, Lunatic Wolf is one of those bands that you can instantly fall in love with and connect to emotionally. After we heard "The Tallest Tree" and sought out the rest of their debut album, "To the Adventure," we felt compelled to reach out to the band. They have an amazing folk rock sound, a great story, and a real authenticity about them that lets you feel the heart that they put into their music. 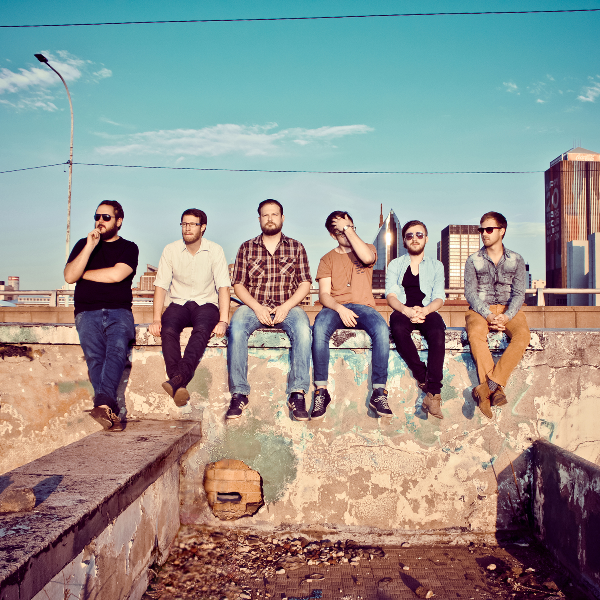 Lunatic Wolf is a contemporary folk-rock duo turned six-piece from Johannesburg, South Africa. The band was formed in 2012 by Gavin van den Berg and Richard Oldfield who had been writing music together since their high school years. van den Berg and Oldfield explored various musical directions together, before settling on their current sound which has been likened to groups such as Death Cab for Cutie, Noah Gundersen, Mumford & Sons and Sufjan Stevens.

Lunatic Wolf's debut release "To the Adventure" was recorded at High Seas Studios and was co-produced by van den Berg and Jacques du Plessis (Wrestlerish, Desmond & the Tutus, Shortstraw). The album captures the duo's transition through adulthood exploring themes of growth, childhood nostalgia, the end of life and love. 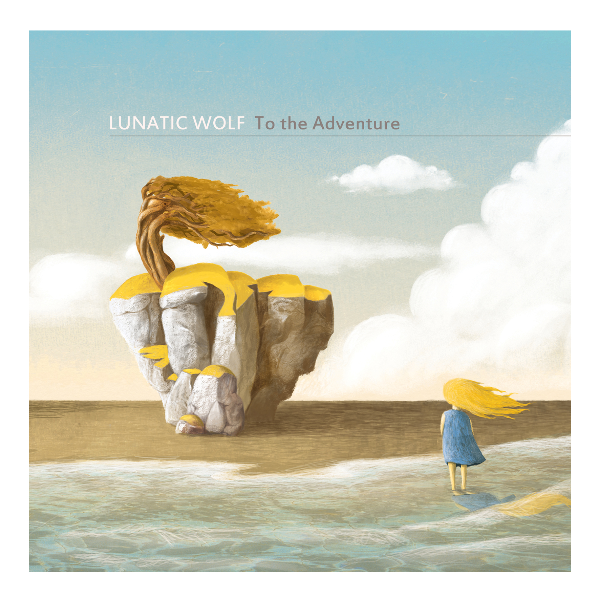 We had the opportunity to work with Lunatic Wolf on two of their hit tracks off their debut album. We continue to see more and more activity around these tracks every day. Richard Oldfield, the band's pianist and principle song writer (along side Gavin) took the time to shed some insight into his musical background and inspirations through our interview questions below.

1. Why did you choose to go into music?

The way you can express a thought and suggest a feeling through music really speaks to me. It allows for the time needed to shape a message; nothing is rushed resulting in a pleasing means of collaborated expression. For me, this is the most attractive quality of song writing and why I am trying to make a career in music.

2. How long have you been performing?

The first time I played on a stage was at my high school's Battle of the Bands competition back in 2001. Funnily enough, Gavin (our vocalist and guitarist) was also playing that night but in a different band. Since then, I have been in a number of musical projects that have all included Gavin in the line-up.

3. Who is your single biggest musical influence?

My Father. Thinking back to my childhood I can remember my father always playing the acoustic guitar. He would play numbers in a fingerpicking style and he was influenced by the UK folk scene with artists like Ralph McTell, John Renbourne and Bert Jansch as well as the North American ragtime finger style with artists like Stefan Grossman and Reverend Gary Davis. So this fingerpicking acoustic sound has very much laid the foundation and influenced my musical direction greatly.

4. If you could collaborate with anyone right now, who would it be?

I would have to say Conor Oberst. I think if we could write music around some of his lyrics we would be very pleased with the result.

5. What are you listening to right now?

I am listening to Public Service Broadcasting as well as a bunch of playlists with the tags "Indie", "Folk", and "Alternative".

6. Who are your top favorite artists/musicians of all time?

7. What is your favorite way to listen to music (Spotify, SoundCloud, YouTube, etc.)

Youtube, because I love being able to see live performances, interviews, etc.

8. What was the inspiration for your songs that worked on together, "The Tallest Tree" and "Sure as Hell"?

Childhood nostalgia as well an introspective look at the personal and fragile journey that leads you through life inspired the mood on which we then built the music and lyrics.

"Sure As Hell" was inspired by the confrontation that those who are fortunate enough to make it to old age face. The finiteness of life. Although this is a potentially difficult theme, we try to offer more of a grateful and retrospective perspective through our lyrics.

9. What is your ideal concert venue?

I would love to play at the Olympia Theatre in Dublin. It’s a little dream I have.

10. What is your biggest challenge as an artist?

I think it would have to come down to time. We are a six-piece band and unfortunately none of us have the luxury of being able to do the band thing full time.

11. Any words of advice for fellow musicians trying to make it right now?

Always try to think of your audience and how your message/song will be received and incorporate their thoughts and feelings in your song writing process. That doesn’t mean writing music for others and giving up your personal creative voice, but rather seeing writing popular music as an unselfish endeavor.

It would have to be the guitar and in close second, the piano.

13. Take us through an average day for you.

I wake up next to my favorite person, get the oats on the boil, head off to work as a cameraman and video editor from 9 - 5 and the evenings are made up of music rehearsals, writing, editing or watching TV series.

14. What does digital promotion mean to you?

We are very lucky to be able to reach such a wide audience through online platforms. This sort of promotion helps us reach the people who want to listen to our music.

I think things could get very interesting as our digital world brings us closer together and our problems become more global. As for the contemporary folk-rock genre, I think based on existing material it will continue to undergo some modifications but won't lose sense of its narrative and social commentary rudiments.