In a new series, Feature.fm is going to spotlight amazingly talented artists. Within the Artist Spotlight Series, we'll ask artists questions about their music and experience in the industry along with a showcase of their music.

Our first spotlight goes to a highly talented individual, Ryan Schmidt, whose sound and style is electric, soulful, and captivating. 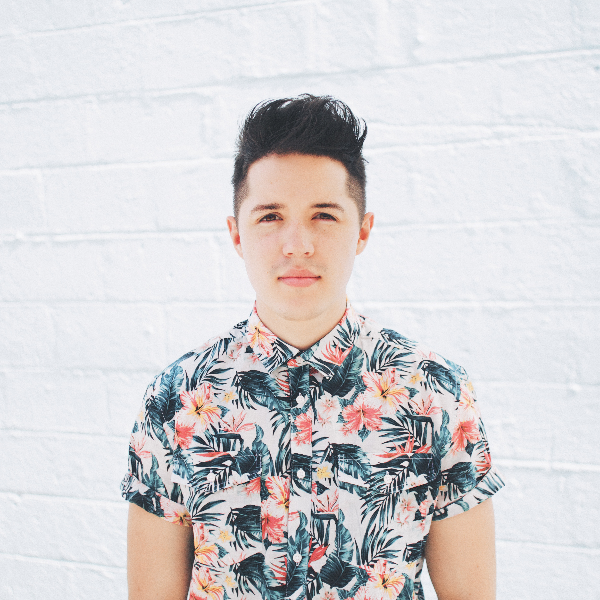 Since his humble musical beginnings in rural New Hampshire, Nashville-based pop singer and recent graduate from Northeastern University’s renowned Music Industry program, Ryan Schmidt has come into his own. Having opened for critically acclaimed contemporaries Matt Nathanson and LIGHTS, been named the Critic’s Choice at the Starbucks Music Makers Competition and constantly touring, Schmidt is fueled by a refreshingly back-to-basics recipe of undeniable talent along with a healthy portion of good ole fashioned drive.

This past year, he performed at the Outlaw Roadshow private CMJ showcase, appeared in GQ’s annual Men Of The Year editorial and was nominated “Best Music Artist” in Campus Activities Magazine Reader’s Poll. His unique approach to his blend of soul and pop, with a deep respect for Top-40 music, is all about warm and expressive vocals, tight grooves and uplifting melodies. With his latest effort “Lovelust” due out July 2014, Schmidt “has taken the singer/songwriter genre to new heights.” (OurVinyl.com)

As we've had the pleasure of working with Ryan on a number of his tracks, he's shown to be one of the best performing artists on Feature.fm's platform.

Take a listen to two of his singles, Killer Bee and Sunburn, each of which garnered a lot of attention with a high level of organic growth and engagement among listeners. Both songs are a great portrayal of Ryan's talent and capture the essence of creating hit songs while maintaining authenticity.

1. Why did you choose to go into music?

Music really got into me. I remember in the third grade band we went to the high school and got to choose which instrument we wanted to play. I chose the saxophone and fell in love with music that day. Everything made sense in my life after I had music.

2. How long have you been performing?

Sophomore year of High School was really the beginning of my songwriting and performing. That was in August 2005, we’re coming up on ten years. Each year has brought new opportunities, challenges, and plenty of lessons along the way.

3. Who is your single biggest musical influence?

My influences, like my songwriting have changed drastically from project to project. I strive to always create music that is exciting to me in that moment. Looking back, it’s a time capsule of my inspiration at any given moment. In the beginning it indie and alt-country bands like The Shins and Clem Snide, it moved into going after the qualities that made Dylan and Pet Sounds era Beach Boys great and lately it’s been finding a way to fit my story driven lyrics in the current pop ecosystem.

4. If you could collaborate with anyone right now, who would it be?

I have a lot of respect for the writers who have managed to churn out hit after hit and adapt to changing palettes. Max Martin and Ryan Tedder are the first to mind. They are evergreen and both geniuses.

5. What are you listening to right now?

I’ve recently changed my listening habits. For the longest time I’ve listened to albums, the way artists intended them to be consumed, from start to finish. The last two of note have been Charli XCX’s ‘Sucker’ and D’Angelo’s ‘Black Messiah’. More recently I’ve let blogs dictate the great songs I need to hear that day. A great song can change your life.

6. Who are your top favorite artists/musicians of all time?

7. What is your favorite way to listen to music (Spotify, SoundCloud, YouTube, etc.)

SoundCloud is the best streaming service out there right now. On the backend, it’s a feature rich interface for artists to share their latest songs. On the listener’s side, SoundCloud is a constant feed of wonderful curated content.

8. What was the inspiration for your two songs, Sunburn and Killer Bee?

Sunburn is a tribute to growing up on the Atlantic Ocean and of summers/loves past and their transient nature.

Killer Bee was inspired by a friend’s weekend shenanigans in Vegas with a married woman. The latter practically wrote itself.

9. What is your ideal concert venue?

Seeing a concert at Red Rock Amphitheatre in Colorado is a transcendent experience. It’s the ultimate marriage of natural beauty and pristine acoustics.

10. What is your biggest challenge as an artist?

One of the biggest challenges I face is cutting through the noise. With new technology and the rise of streaming services, there has never been more new music being created than there is now.

11. Any words of advice for fellow musicians trying to make it right now?

Whatever it is that you love in music, be it songwriting, guitar, or live performing, show up everyday and work at it. The muse doesn’t strike everyday but how else can you know it’s calling if you don’t know what to listen for?

Currently: an iPad. There are a crazy amount of preloaded synths to bang out ideas on the road.

13. Take us through an average day for you.

Everyday is a little bit different. Variety is my key to keeping the creative juices flowing. One constant is always finding a spare hour with to spend with notebook and pen.

14. What does digital promotion mean to you?

Digital promotion is everything in this day and age. It can level the playing field between the major label artists and the indies trying to break through. Feature.fm is one of the great tools to accomplish this. You help and find music listeners where they are.

My musical tastes and preferences change daily. It makes it hard to predict where I’m headed. One thing I do know is it will forever evolve. I’m really enjoying navigating the electro pop landscape at the moment.

Want to support Ryan's music? Connect with Ryan and spread his music!