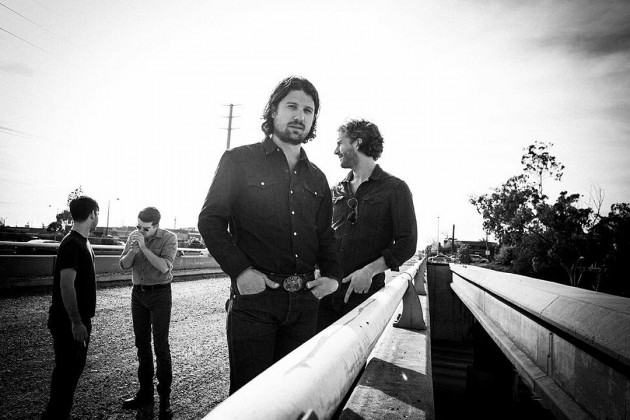 The Cerny Brothers exmplify the reason that we built Feature.fm as a new source of radio promotion for artists and are why we love what we do. Through all of the great artists we work with, every now and then, a group comes along that truly blows us away. The Cerny Brothers are one of those bands that has that special something. They have a musical prowess that deserves to elevated into everyone's life. They bring together a sound that combines country, folk, rock, and brings in their authentic midwestern roots. We've amazingly had the chance to see them perform live in New York and very rarely do we see a band that puts so much soul and passion into their performances.

Their new album, Sleeping Giant, is officially out now. As we've had the chance to listen to an advance copy, we can only say that Sleeping Giant is an album that you must experience. Say hello to your new favorite band. 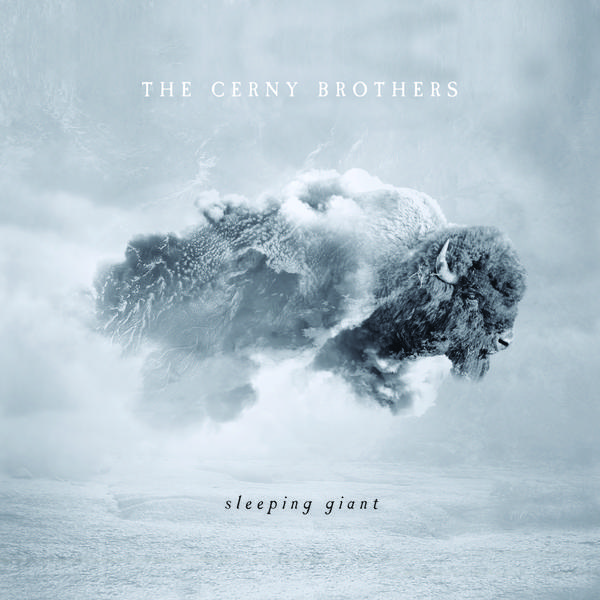 The Cerny Brothers on Feature.fm

We've worked with The Cerny Brothers on the first two releases off their new album, Porch Lights and The Kid. Both songs have been top performers across the Feature.fm platform.

1. Tell us about yourselves. How did you guys meet and why did you start the band?

Me and my brother grew up playing music together, and we always had our hands involved in anything we could make or be creative with. That's just the way we were. Our natural wiring you could say. We drove out to LA with everything we had about 4 years ago and met Alby at a recording session, and he literally learned all the music and hopped in the van with us on a national tour. We met Robert Anderson through Alby. He came all the way from Florida to study his masters in drumming at Cal Arts.

2. How would you describe your music to someone who has never heard it before?

3. Who is your biggest musical influence? Favorite artists of all time?

My biggest musical influence was Radiohead in high school. And then when I was at college I fell in love with the music of Steve Reich, and he changed and solidified the way I now think about music.

4. For your new album, Sleeping Giant, what was the inspiration for the music? How is this album different from the last?

I think real life was the biggest inspiration. All the songs on this record come from the way we look at the world, and how it changes us and molds us into what is hopefully a better person. The album is more of a rock record than our previous. I think our last record was a loud acoustic album with some good ballads, where this one has a very american rock sound.

5. Where is your favorite place to record?

6. What is your favorite song to perform live?

I have to think about it too hard. There is something different I like about every one.

7. What is your ideal concert venue to perform at?

I've found that any venue can be really great if the people there are in the right head space and open to experiencing something with us.

8. What is your biggest challenge right now as a band?

Sustaining ourselves financially when the road demands a lot of your time.

9. What advice would you give to fellow musicians trying to make it?

Love it, be smart, and don't let yourself fall into depression.

Malibu. No just kidding, but if this album is as special to people as it is to me, I think we will be very successful. That's the hope.

More About The Cerny Brothers

Want to support The Cerny Brother's music? Connect with them and spread the music! You can also check out their whole story below.

A weekend boating trip on the Mississippi River was the occasion for young brothers Robert and Scott to decide they would start a band. Robert would sing and Scott would play guitar, even though at the time Robert had never sung in his life, Scott had never touched a guitar, and neither brother made preparing for their piano lessons — which their mom forced them to take — a priority. Instead of practicing their assigned music, they would write their own pieces and record them with a small cassette recorder, selling them at their high school for five dollars each.

The house where they grew up during their high school years was located in a small town in rural Illinois. Robert and Scott would lock themselves in their upstairs bedroom and toil away at their next creative project. They wrote dozens of songs and played them whenever they had a chance at local cafes, friends’ birthday parties, and barns in the middle of nowhere. They put together a high energetic punk band with their close friends that later evolved into a more hardcore, metal mosh phenomenon. Soon after the band began to dissipate.

After high school the brothers stuck together and went to the same college so they could continue writing and working together. Robert majored in music and was trained as a classical singer, while Scott studied media, a degree that gave him school credit to direct and produce a feature length film on a very small budget. Robert ended up playing one of the lead roles as well as scoring the movie, while Scott spent endless hours editing all the footage. During the production and completion of the film, their music had now turned toward a more electronic sound. Their shows consisted of the brothers switching back and forth between piano, guitar and synthesizer, while both operated the laptop that acted as their drummer. After awhile, the stage set up became so complex that they decided to get back to the basics of songwriting, stripping their musical world down to a guitar and a voice. After focusing on crafting even better songs, they teamed up with their friends in The Giving Tree Band and recorded their debut record under the name The Cerny Brothers in Yorkville, Illinois.

Their first album “Dream” was what they carried with them as they packed up everything they had and headed out to Los Angeles. Robert started to learn the banjo, and they practiced for hours writing new songs in their apartment. At this point they didn't know anyone, and on top of that started to receive complaints from the neighbors that they were being too loud. The brothers soon took to parking their van for hours on the side of the road while they rehearsed inside it. In a musical climate so bloated that it was easy to get buried in the noise, Robert and Scott set out for a sound that would project in the midst of it. They played for a while with a drummer, which set apart their breed of folk rock from any other acoustic music happening in LA. The Cerny Brothers played all over the city and soon found a bassist and a practice space in the basement of their church. They recorded an album in Ojai, California, which included popular songs like “Ohio” and “Don't Run,” with “beautiful folk melodies and extremely catchy and chorus driven sing-a-longs.”

Soon after the release of the album, The Cerny Brothers hit the road, first up and down the west coast and then all the way back to the Midwest. After splitting off with their previous bass player, they met Albert Hickman, who learned the whole set in about a week and then set out on another tour. Alby heard the band at a recording session back in LA and said there had been an immediate connection. Growing up in Santa Monica while studying classical guitar and mandolin, he was moving a million miles a second between all types of music. He went from playing Bach and Hank Williams to buying an upright bass and joining the band. It was Alby's friend Robert Anderson who would later join the band as the new drummer. Robert came from the other side of the country in Florida, where he studied drums, mostly with an emphasis in jazz. Other than the fact that there were now two Roberts in The Cerny Brothers, the transition was a great addition to the group.

Buzzbands.LA call The Cerny Brothers “a group without any trendy gimmicks, a lead banjo player strumming with the same vigor as if on the electric guitar and simplistic lyrics delivered with strength.” This year marks the release of their new album “Sleeping Giant,” which they recorded at Bear Creek Studios in Seattle with producers Jerry Streeter and Ryan Hadlock, who are known for their work with Brandi Carlile and The Lumineers. The album signifies a new direction for the band, as the music has turned from an acoustic, folk element to a more electric, American rock sound while still keeping the folk spirit from their earlier work. The songs on “Sleeping Giant” deal with becoming a man and finding identity in a constantly changing world, staying rooted in something that can be shaken but not moved, and realizing that we all have a sleeping giant inside of us waiting to be set free.