We've already helped artists get about 1,000,000 plays by promoting their music in our first streaming partner, 8tracks. As we've been getting more and more data into our systems, we are discovering a lot of insights into how people react with music. Since Feature.fm uses a complex algorithm to optimize song placement for music promotion, we're able to deeply analyze different song performance metrics.

Here are some of our observations 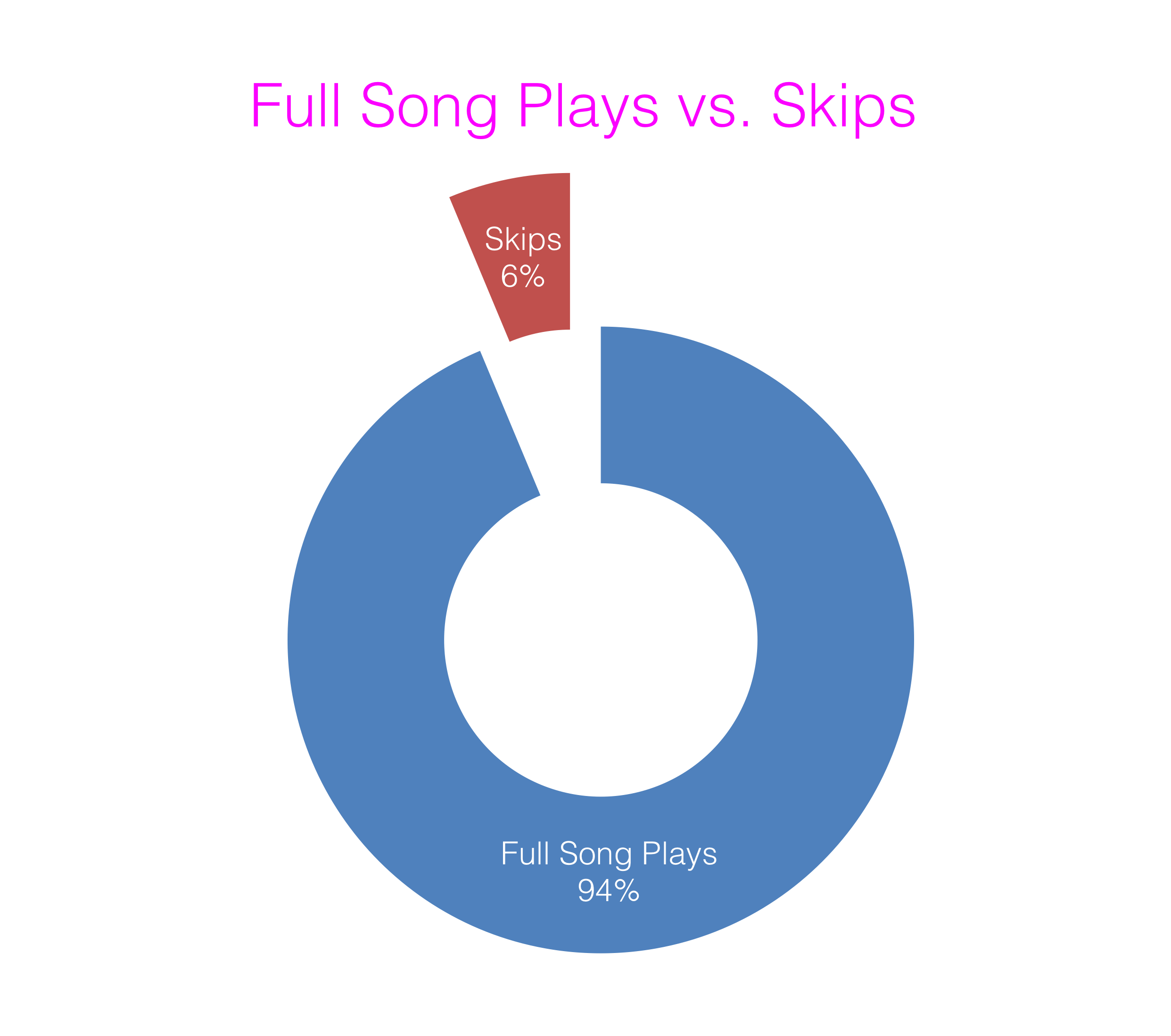 Out of all of the featured songs that have been played, 94% of them have been listened to the entire way through and only 6% have been skipped. Out of that 6%, 4.5% of it were songs skipped in the first 30 seconds.

The 30 second metric is important, because we only charge if a song is listened to for at least 30 seconds so that we can guarantee for every penny spent, the right song is sent to the right ears.

The insight shows that when people are tuned in to discover music, and the songs are targeted correctly to the right listener, they are more to listen to the entire song without skipping. That's a lot of airplay! 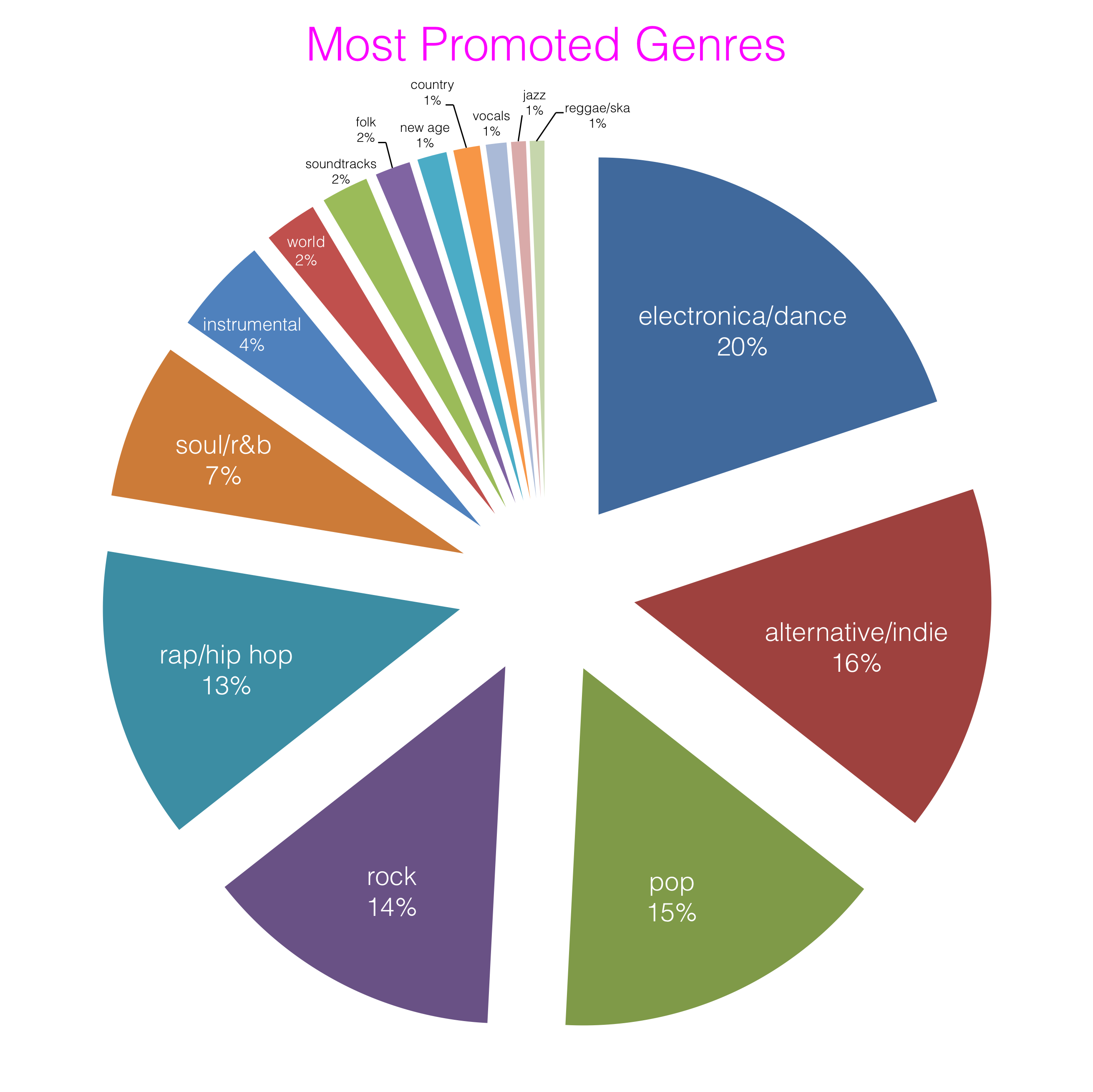 This graph shows a breakdown of our most promoted genres. It shows the percentages based on the total amount of times a given genre is included in a campaign.

The top genres that are currently being promoted are EDM, Alternative/Indie, and Pop. This shows some great insight into the type of music artists are creating and promoting along with which genres have become more popular. It's no surprise that EDM is a top genre as it's made such an explosion in the past decade.

Now let's take a look at which genres have the greatest engagement. This graph shows the engagement rates for songs that include the specified genre in its targeting.

It's interesting to see that although EDM makes up the majority of our promoted songs, it ranks as the 6th lowest in engagement with 0.77% on average. Vocals is our top performing campaign in terms of engagement with 2.43% on average, however, typically the vocals genre would be accompanied by additional genre targets.

Finally, we put together this graph that compares what a $1,000 campaign would get you on Feature.fm vs Traditional Digital Advertising platforms such as Display, Facebook, Twitter, and Google. Our comments and observations are included in the chart. 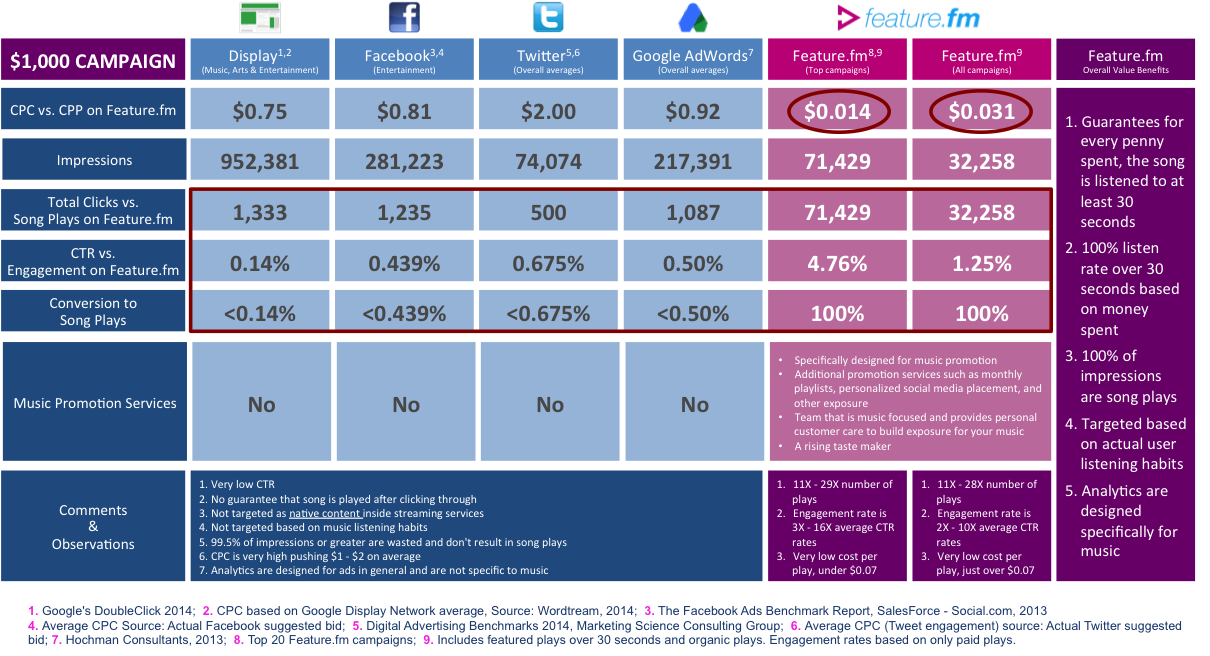