For example, last year Arizona Zervas had a hit with his single “ROXANNE” after it became viral on TikTok. He was used as an example of how TikTok can make you a popular artist overnight. But since then, we’ve heard very little about Zervas.

His streaming numbers on Spotify shown below are a good representation of why this is. 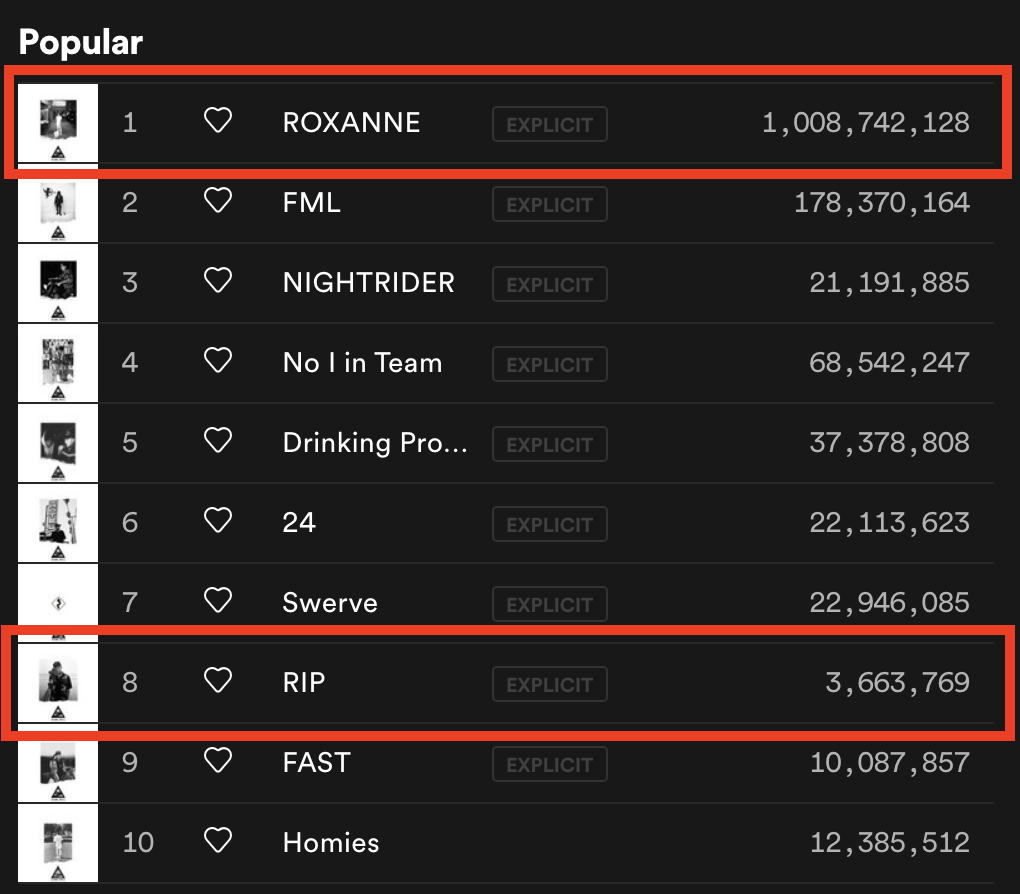 His single “ROXANNE” that playlisted well and became popular on TikTok has over one billion streams. But his next most popular song, “FML”, didn’t even reach a fifth of the streams that “ROXANNE” got. The number of streams that “ROXANNE” has is an outlier compared to the rest of his streaming numbers. The other songs are in the range of tens of millions. While this is still an impressive number, they’re is nowhere near “ROXANNE” at over one billion streams. His most recent single “RIP”, released in September of 2020, only has 3.6 million streams. This number can be attributed to the fact that his rise to popularity was mainly because of TikTok. He also had strong playlist placements right before “ROXANNE” went viral, but the song became so popular on that app that he quickly became associated with TikTok. Since his image as an artist was not as established before the song went viral, he now will likely always be known as a one-hit wonder artist from TikTok.

This is further shown in the chart below from Soundcharts of his Spotify monthly listeners since February of 2020.

Since February of 2020, his Spotify listenership has decreased by almost 20 million users. 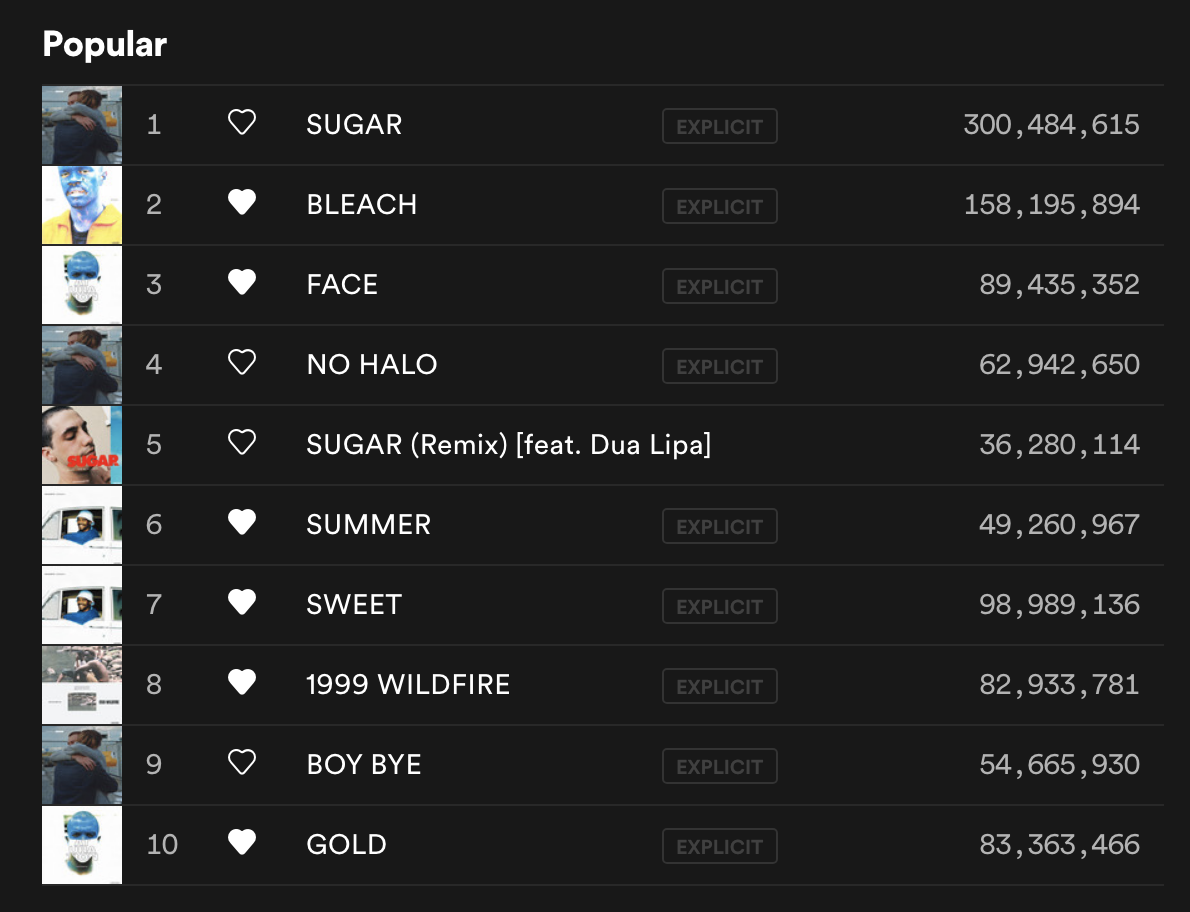 There is a similar trend with the artist SZA. SZA has been a well established artist for years, and just recently joined TikTok. A couple of her songs are popular on the app, including Calvin Harris’ remix of “The Weekend” which has over 8.4 million videos. More recently, an audio clip of an unreleased song was made popular when someone created a dance to it and SZA recreated it on her account. The audio now has over 652 thousand videos attached to it, and it’s still on the rise.

As shown below, SZA’s most-streamed songs on Spotify are relatively close together. 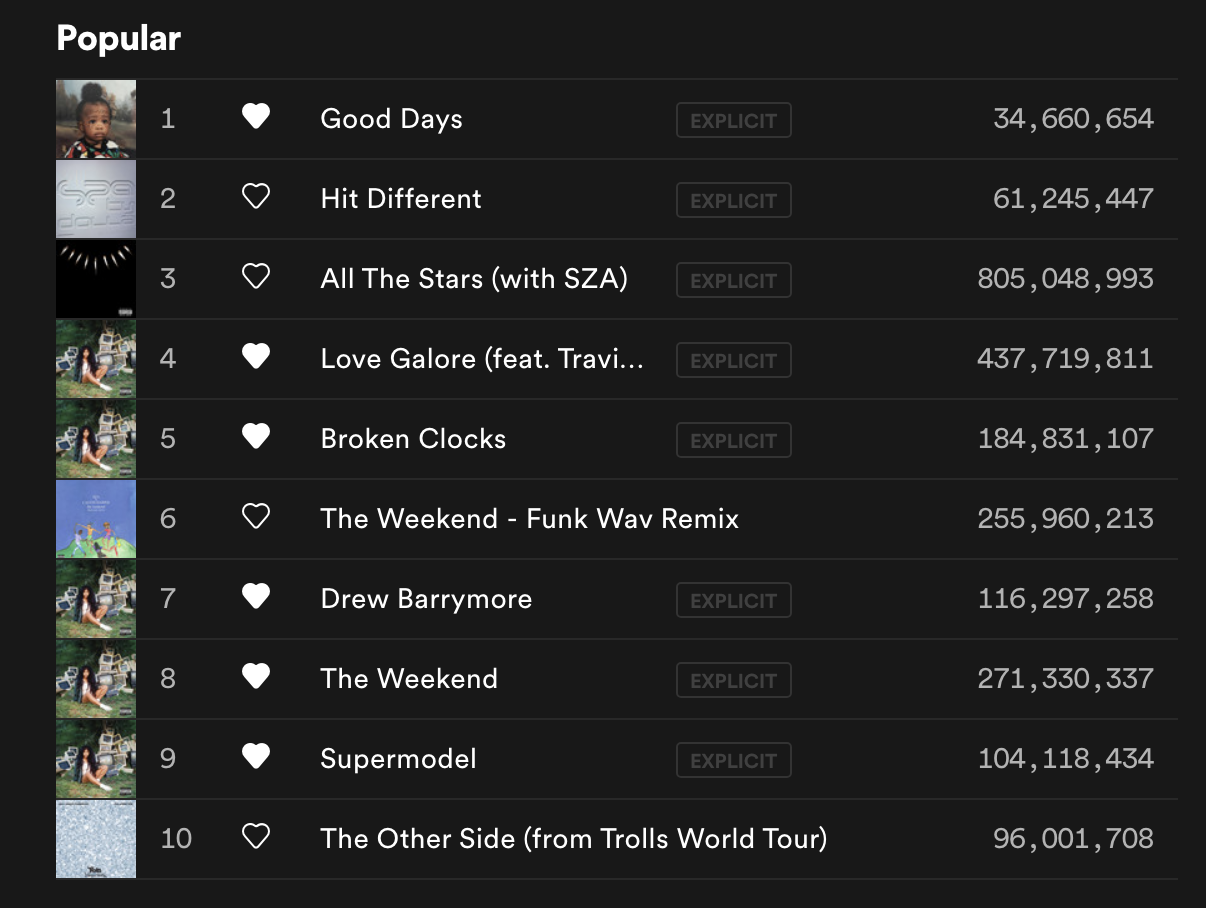 Looking at the songs that are exclusively hers (i.e. not “All The Stars”), “Love Galore” is the most streamed track at over 437 million streams. Her next most streamed song, “The Weekend”, has about 271 million streams, which is more than half that of “Love Galore.” Again there are no real outliers in the numbers of streams that each song has. This is a good indicator that an artist has a stronger, more engaged fanbase. Fans are listening to their entire albums, instead of just the songs that are popular.

These are also good examples of how TikTok works as a strategy for artists at different stages in their careers. Brockhampton and SZA were already established artists with their own distinct images by the time their songs were popular on TikTok. The app helped to promote the songs and made the songs their most popular, mainstream hits. It was a great tool to bring their music to a larger audience, but the viral hit didn’t become the main element of their artist brand. For Arizona Zervas, having a hit song on TikTok is his defining aspect.

TikTok and playlists are not shortcuts to building a fanbase, and artists like Arizona Zervas should not be models for building a marketing plan around your release. Actually building your brand and image as an artist requires the same patience and work that it always has. TikTok, playlists and other social media are amazing tools that make it easier to build this fanbase, but playing a longer game will be more beneficial for you as an artist.

You might feel discouraged if you have lower streaming numbers, but if these streaming numbers are close together, it’s possible that you have a strong fanbase you can work with. If you’re just starting out as an artist we suggest focusing on strengthening this relationship you already have with your fans, and accurately conveying your personality using social media. TikTok and Twitter are the best social media platforms to do this since they’re more personal than Facebook and Instagram. SZA is a great example of this by constantly staying engaged with her fans despite her popularity. She also showcases her personality really well on Twitter, and talks to her fans as if they are her friends. For example:

Lmao I ain’t even know y’all were fucking w it !! I found out YESTERDAY lol now I gotta go find a version I like 😭 https://t.co/bKZfmSDrNc

Ionno how but CTRL gained 20 million streams since January just on Spotify 😭 YALL MAKE ME NOT REGRET TATTING THIS ALBUM ON ME EVERYDAY !!!! 🙏🏾🙏🏾❤️✨🤞🏾 GANG FOREVER

Having good streaming numbers is still definitely a necessary gateway to getting placements in the press, but they don’t mean anything if you don’t have an engaged fanbase. If you’re writing to press and might not have huge streaming numbers, you can still mention a consistency in the numbers. The main focus of an artist should not be on their streaming numbers and trying to find shortcuts to get more streams on their songs. Instead, cultivating the relationship that you have with your fans will build a foundation for a strong fanbase, and strong streaming numbers will likely become a byproduct of that relationship. Eventually, if the opportunity does arise in which you have a viral hit, you can take advantage of it in an effective way without losing the engagement of your fans. 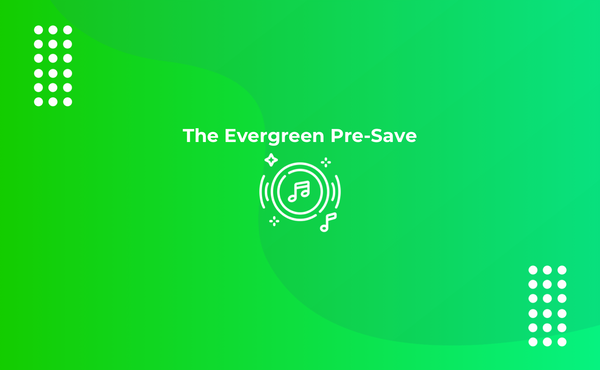 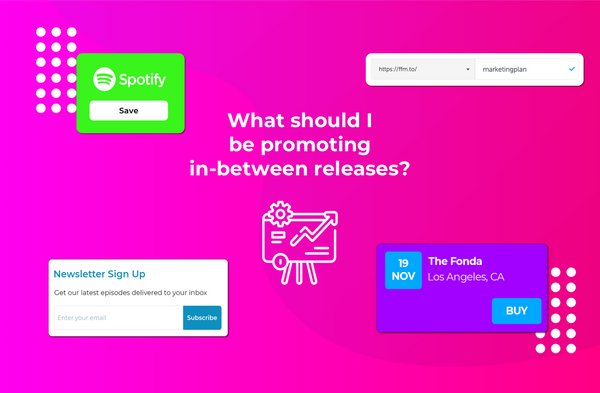