What if you were able to listen to music in your head and change the song without the need for any devices? Sound great? What if you couldn't turn it off? Some people have a condition that causes this effect. My grandfather is one of them.

Musical Ear Syndrome describes a condition seen in people who have hearing loss and subsequently develop auditory hallucinations. It has also been associated with musical hallucinations, which is a complex form of auditory hallucinations where an individual may experience music or sounds that are heard without an external source. The roster of famous composers who have had this condition include Beethoven, Robert Schumann, and Dmitri Shostakovich. How else could Beethoven compose symphonies even though he was deaf?

I asked my grandfather to describe what it is like to have Musical Ear Syndrome. He explained that it sounds like he is hearing music from an external source such as the radio even though it is all in his head. He hears music pretty much 24/7 and has the ability to change the song by starting to sing a different song either in his head or out loud. When he started to lose his hearing, the condition started with the sound of a drum and he eventually began to hear full songs. Is it safe to say that you know you have a hit song when it gets tons of airplay without it actaully being played?

My grandfather, who is 90 years old, wrote down the playlist that he hears in his head: 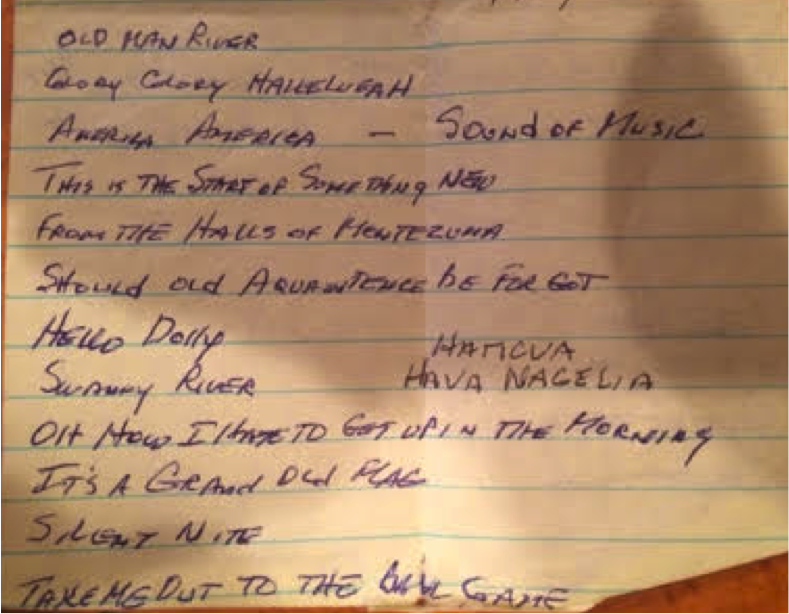